Open to EVERYONE regardless of your shape, age or ability level. This is INTERNAL martial arts at its finest.

“Where the Mind Goes, the Chi Follows”

What's "Where the Mind Goes, the Chi Follows" about?

We will explore the way our mind guides universal CHI or Energy with wonderful practices from standing, sitting, walking, and lying down postures. Qigong means “energy work/practice” – it helps connect the meridians in the body (regulate and balance organs, opens the neural pathways in the brain, lowers blood pressure, creates a peaceful, aware state of being, helps with pain and discomfort) and just down right makes you feel great!

Taught to Shifu Kore’ by Grandmaster Wen Mei Yu, Liangong is a Chinese Health Exercise and a great way to increase body awareness, range of motion, and internal energy while gently improving fitness and overall health. Many have improved their balance and found relief from pain, stiffness, and other ailments. It also works well as a warm-up and cool down for activities like your martial arts practices, work around the house, gardening, hiking, and sports!

Series Two targets the joints in the four limbs, the tendons, and connective tissues, and is good for internal disorders. 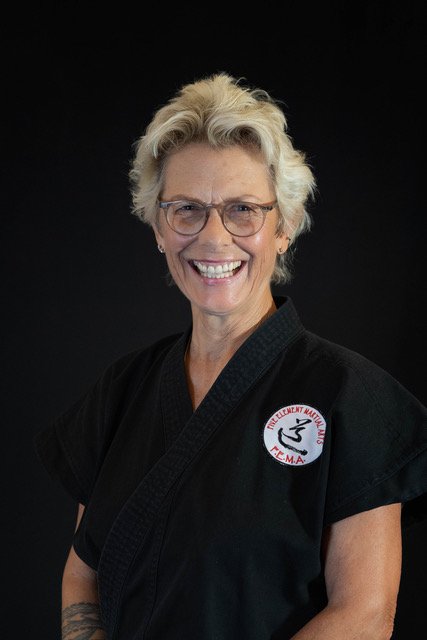 All events will take place outside (in the SW Portland/Beaverton, OR area) with Covid-19 safety standards in effect. 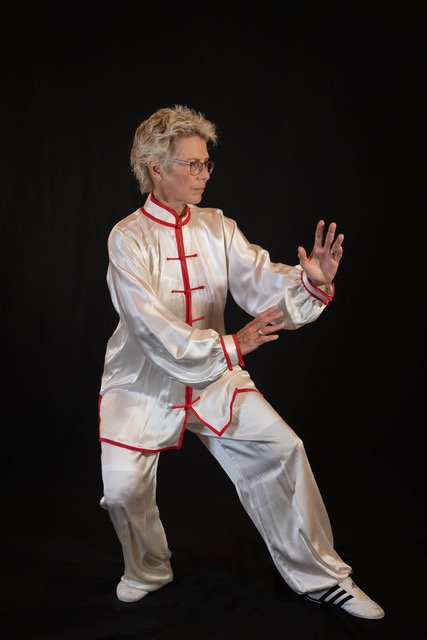 You can do these exercises for the rest of your life.

Whether you are a golfer, soccer player, mom, granddad…no matter your size, shape, fitness level… you’ll love what you learn and you can do these.

If you feel you have physical limits, please know these are gentle movements, appropriate for all ages and ability levels, sizes, and states of health.

Tell me about Shifu Kore' Grate!

First of all, you’re gonna LOVE her! Here’s her bio:

Executive Director of the Association of Women Martial Arts Instructors

Founder & Executive Director and Head Instructor of the Five Element Martial Arts and Healing Center (FEMA) formerly Feminist Eclectic Martial Arts in Minneapolis, Minnesota founded in 1989 then established in 1994 as a 501c3 non-profit organization.  The first Branch of FEMA is in Jerusalem, Israel under Shijie Sarah Gordon-Lavine.

Shifu/Sensei Koré has been training in the martial arts since she was 16. She was inducted into the AWMAI Hall of Fame in 2012 for 40 years of teaching and training. She has been serving as the Executive Director of the Association of Women Martial Arts Instructors from 2013 to present.

Supporting what she believes in, she is a founding board member of PAWMA, served as PAWMA Vice-President, created and served as a PAWMA Elder Counsel, she received the PAWMA Martial Artist of the Year in 2005 and the esteemed Lifetime Achievement Award in 2011.

in 1994-1996, Koré served as Chair for NWMAF (National Womens Martial Arts Federation) and is one of the founding mothers of the ARC Council (Anti-Racism Council/All Races Count).

She is on the Keiko Fukuda Foundation Board of Directors as a link to AWMAI, NWMAF and PAWMA.

In November 2016 she traveled to India with Sifu Sonya Richardson and Dr. Shelley Fernandez representing the Keiko Fukuda Judo Foundation to teach girls much needed  self-defense in twelve schools in Patiala in the Northern Punjab Province.

With deep gratitude for her teachers whom she still trains with,  Koré is a branch of Zhi Dao Guan – Grandmaster Alex Feng, Midwest Manager for Master Su Zi Fang, and Branch Manager of Jian Mei -Grandmaster Wen Mei Yu. She trained in Naginata with the late Miyako Tanaka Sensei, and trains in Nishio Ruy Aikitoho Iaido under Koji Yoshida Shihan and Michelle Benzamin-Miki Sensei. To further deepen her roots in the arts, she traveled to China three times and trained with Professor Wang Pei Kun and his International Wu Shu Team.   The late great Professor Coleen Gragen of Hand to Hand Kajukenbo in Oakland will always be one of her heroes and inspiration to “Stay True to the Path-Never let anyone or anything stop you from training” and ultimately “It’s all about LOVE”.