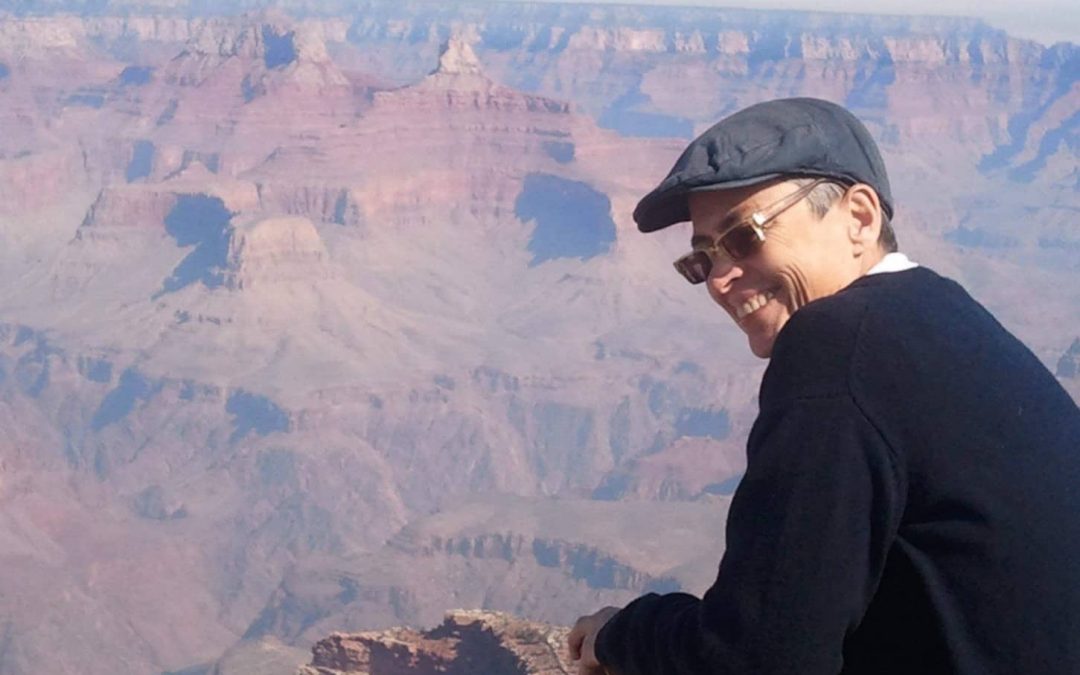 “Training a martial art, especially long term training, is so good for people. It’s so good. You have such a wide experience. You get a community that doesn’t leave you. And you grow, with every test that you have.” Goeroe Dee’s Poekoelan journey has spanned 20 years, and true to her word, she’s grown and changed over the course of her training.

When she first started training, Goeroe Dee – then Mas Dee – recalls being angry all the time. Her temper flared easily, and she didn’t trust that people had her best interests in mind. When she started fighting, she sometimes brought up her energy past what was safe for her teammates. She could barely tolerate discomfort, refused to do anything that seemed embarrassing and resented that she was always being brought off to the side by her teachers.

She loved training, though. Goeroe Dee’s voice is almost wistful when she describes the studio where she started training. The space was rented from another business for a couple of hours a week, and the students would come in with a candle and the teacher’s photos turn it into a Poekoelan training floor. On one memorable evening, Goeroe Dee’s nail ripped off while she was doing a saber kick. Luckily, Mas Goeroe Judy and the rest of the team helped clean up and find a bandaid.

When Goeroe Dee found Poekoelan, she estimates there were only eight or ten other students. She had known she wanted to try some kind of martial art, and Mas Goeroe Agoeng Louise convinced her that Poekoelan was the ultimate. In fact, Goeroe Dee’s first saw Poekoelan at a Brown Sash test. She recalls waiting during the run, not entirely sure what was happening, when MGAL decided to pass the time by standing on a concrete post and doing saber kicks in the air. Goeroe Dee thought that it looked very cool.

Every test was a battle as Goeroe Dee climbed the ranks. She recalls wanting to quit after every new rank, although she never did. Blue sash, green sash…She never felt good about the tests. She now realizes that she didn’t bring the right energy.

During the fights for her brown sash test, Goeroe Dee remembers that her wild energy came up again. She thought to herself, “if one more person comes after me, I’m going to take them out with this clipboard.” Luckily, that didn’t happen. Later in the test, and during the year of percobaan (probation) afterward, something shifted for her. She started to approach her training differently. She also started to approach the rest of her life differently.

Goeroe Dee decided that she wanted to go to college. No one in her family had been to college, but she was surrounded by Poekoelan teammates who’d been. Although college isn’t right for everyone, Goeroe Dee was determined to make it work for her, and she reaped the benefits. She had a sub-zero GPA when she made up her mind, and gradually, semester by semester, she brought her GPA up. A few semesters passed before MGAL asked Goeroe Dee what she was majoring in. The question hadn’t occurred to Goeroe Dee – her mindset had been to just get a degree – but she decided to go to school for nursing. And that is exactly what she did.

Working full time and taking classes, Goeroe Dee couldn’t train as much as she used to, or as much as some of her teammates could. For a while, this embarrassed her when she did show up to train, and she reverted to her old mindset of not trusting people. She felt out of sync with the rest of her teammates.

One evening, however, she happened to watch some of the people who’d passed her in the ranks while they were training, and she realized: they looked sharp. They looked fit for their rank. It was no judgement on her that they were a rank above her, it was a reflection of their skill. And Goeroe Dee smiled because despite their different paths, the two of them were friends.

At this point in her life, Goeroe Dee made another decision: she would graduate, make the Dean’s list, and get a black belt, all before she turned 50.

Goeroe Dee describes her black belt test as crossing a bridge. She’d grown up with some broken tools that she fixed over the course of her training. She was no longer as angry as she was when she started Poekoelan.

In the weeks leading up to her test, the other black belts at the studio would get to class early so Goeroe Dee could practice sparring with them. It was fun! And Goeroe Dee knew that these people cared about her. She felt loved.

Obviously, Goeroe Dee had changed a lot since her brown sash test. She knew that, but her teachers and teammates hadn’t quite wrapped their heads around it. No one wanted to come to her night walk. Her teachers were even concerned that someone would get seriously injured. But Goeroe Dee had a plan. She knew that she couldn’t cross this bridge continuing to fight the way that she had been or she’d be the same for the rest of her life as she’d been before. She’d always been a fighter, and afraid to let go of that and see what happens.

So Goeroe Dee did not fight during her night walk.

Her attackers were all pretty confused, but she deftly avoided their strikes and made it to her teachers. No one had expected her to take this path, but everyone’s path is different. Goeroe Dee now had the option of being soft.

Her training continued after black belt, of course. She’s learned to make more connections in and around the studio. Teaching Jungle Gym (Little Monkeys), she figured out how to bridge the distance to the parents who bring their children to class. She’s also embraced young women in the studio as her “tribe,” despite initially thinking her queerness sets her too far apart from them.

Goeroe Dee’s Poekoelan journey continues to this day. She’s already found so much – a way to dissipate her anger and fear, and the realization that she has many friends who she can trust and rely on, in this community and beyond. Training Poekoelan has been, in her words, “just so good.” 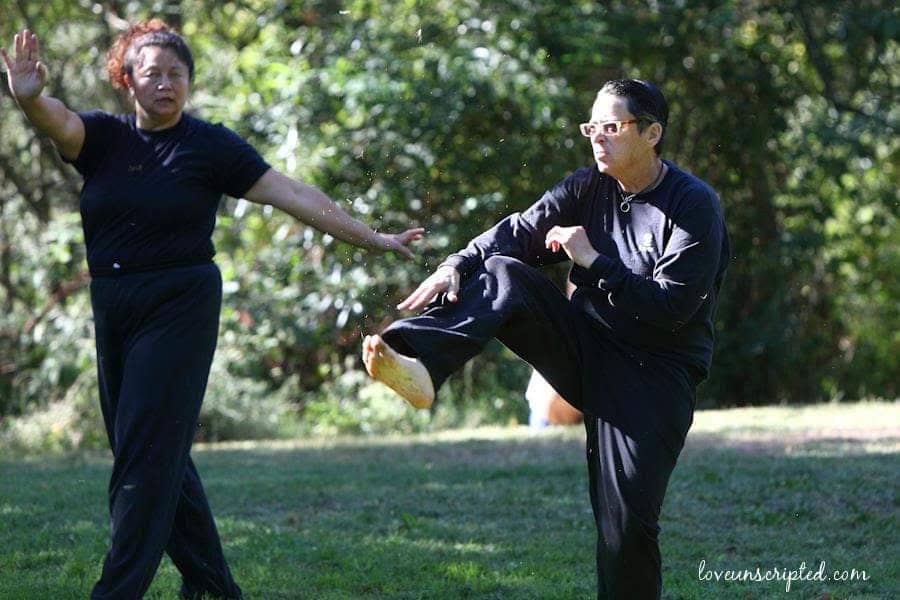