AAA is a Company that Cares About its Team

My grandfather, was a member of the American Automobile Association (AAA) as far back as I can remember. Road trips with him meant thumbing through “TripTiks”, a very cool mapping system, provided by AAA. Someone literally went through each map section using a highlighter and marked the route we were supposed to follow. Nowadays you can make your own TripTik online – as long as you are a member. 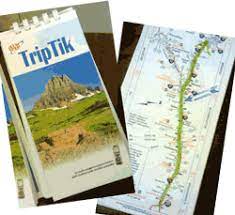 As soon as I got my first car and took my first road trip, I became a member of AAA too, and now my kids are members as well. Last summer when my son and I were driving his car from LA to Portland, we broke down just south of Mt. Shasta on a hot Saturday night. It was AAA that saved our bacon. AAA has helped me plan many of our family vacations and helped Santa stuff stockings on Christmas Eve. I could go on and on. And now my bond has deepened even more with this company.

Imagine my feelings when AAA reached out and asked me to provide their team with some workshops. I smiled knowing my grandfather would have been proud.

Last week I taught five Zoom workshops for a variety of AAA teams in Oregon and Idaho. Participants stayed engaged and I know they were listening because they got 100% on every quiz I gave them!

I stopped by the AAA location close to my house to get an International Driving Permit the day after teaching the first workshop. While I was at the counter, I asked the people working in the vicinity if they were planning to take the Active Shooter Trainings that week. One woman stood up as her head whipped around, another came from behind a corner and they both said, “It’s Silvia!” It turns out they were both in the class the previous day. One of the women shared that she has taken courses like this before but they were “snooze-fests”. Apparently, mine was not because, as she relayed it to me, she couldn’t believe it when the time was up – it went so fast. That made me feel good. The things I teach are valuable life skills, but it’s also important to me that my classes and workshops be interesting and engaging.

During the final workshop, a woman mentioned in the chat that she had direct experience with the shooting here in Oregon at the Clackamas Town Center in 2012. I asked her if we could talk later and she was very generous with her time.

She and I spoke on the phone. During the time of the shooting, she was working for the DA’s office. She was on the legal side of the incident and supervised the processing of the evidence/intelligence, was in charge of the Grand Jury and worked directly with the Homicide Detectives.

We talked a little bit about the moment we find ourselves in. How tough it can be to face the reality of the hate, anger, and violence that seems to be everywhere we look. We gave many kudos to AAA for providing this training for their employees. Knowing what to do, being able to make decisions fast, and act quickly saves lives. Period. This is true whether at work or out in the world shopping, at a movie, a concert, in a park, at a nightclub…

As we were saying goodbye, she said, “You know, I just want to tell you that your classes are really important. What you are doing is saving lives. No one wants to think about these incidents of course, but they are called ‘random’ for a reason. Please keep doing what you are doing.”

Now I was sure my grandfather was smiling.

When You are Ready

When your company or organization is ready, fill out a contact form and let’s talk about what you and your team really need. Let us design a self-defense, de-escalation, meditation or active shooter workshop or series of workshops just for you and your deserving employees. It’s easy, it’s important, it’s empowering and we will make it work for you!